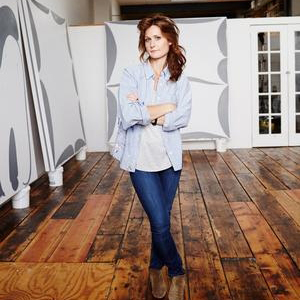 Feldman is Visiting Faculty at Rutgers University and Cooper Union in 2015. She was Visiting Faculty at The Cooper Union in 2014 and an artist-in-residence and Visiting Faculty at Virginia Commonwealth University from 2008-2009. Feldman received a Joan Mitchell Foundation Grant in 2013 and was also nominated for The Academy of Arts and Letters Award. The Dedalus Foundation awarded Feldman the Robert Motherwell Fellowship at The MacDowell Colony in Peterborough, New Hampshire. She received a New Jersey State Council on the Arts Grant and fellowships from VCUArts and the Fountainhead Foundation, Richmond, Virginia; The Henry Street Settlement at the Abrons Art Center, New York, New York; Yaddo, Saratoga Springs, New York; The Marie Walsh Sharpe Foundation, Brooklyn, New York; and the Skowhegan School of Painting and Sculpture, Skowhegan, Maine. Feldman was recently an artist-in-residence at Chandelier Creative, Montauk, New York and at Casa Wabi, Oaxaca, Mexico.

Her work is in the permanent collection of the Museum of Contemporary Art (MCA) in Chicago, IL.